A Huge Win for Salmon and Jobs! 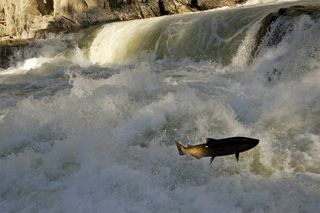 Just last week - Tuesday, August 2nd - US District Court Judge James Redden again ruled illegal the federal government's management plan for salmon and steelhead in the mighty Columbia and Snake Rivers. The ruling marks a huge win for wild salmon and the communities and ecosystems that depend on these magnificent fish.

Three plans from three administrations – Clinton, Bush, and now Obama - have been ruled illegal for similar reasons. The message is clear: the government’s old efforts have failed. We need a new approach.

Take Action: Send a message of solutions for wild salmon to President Obama.

Salmon advocates, the state of Oregon, and the Nez Perce and Spokane Tribes who opposed the administration's plan are cheering this crucial ruling and stand ready to move forward. The court’s decision presents a tremendous opportunity for the businesses, fishermen, and citizens who have been working for years to restore healthy wild salmon and steelhead populations, invest in clean energy alternatives, and save taxpayer dollars.

The real work, however, is just beginning.

My business has joined with over 1,200 businesses from across the country to call for decisive policy change in a letter to President Obama and Members of Congress.  The letter urges the administration and members of Congress to work with affected stakeholders to chart a new course for wild salmon and salmon-dependent communities that provides solutions based on good science and economics.  Read more about the national Salmon Mean Business letter here, check out the letter and signers here.

Please stand with businesses and advocates nationwide by sending a message to President Obama now.

Wild Pacific salmon and steelhead are among America’s greatest natural resources. Fighting hundreds of miles upstream and thousands of feet in elevation, against obstacles natural and human, to their natal streams to spawn their next generation, salmon inspire us for their persistence and determination. 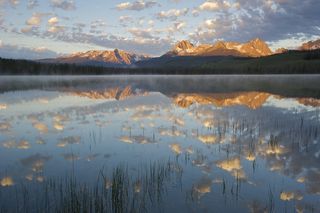 And the Washington, Idaho, and Oregon mountain habitat of this one-of-a-kind species is also unique.  Standing between 4,000 to 7,000 feet, the Snake River basin is home to the largest, wildest, and best-protected salmon habitat remaining in the "Lower 48" states.  Sierra Club Chairman Carl Pope has called the Snake River Basin the "Noah's Ark" for salmon.  If they can reach this habitat, wild salmon and steelhead will thrive once again.

Once the most productive salmon landscape on the planet, the Columbia-Snake Basin’s fisheries have suffered dramatic declines in the last several decades now reaching barely 1% of historic levels.  Unfortunately, federal agencies have done everything in their power to avoid the biggest roadblocks to long-term recovery: the four lower Snake River dams. This path has been expensive - over $10 billion in public money spent on failed efforts - and has held back the Northwest region from creating thousands of jobs with a restored salmon economy.  The limited services these dams provide can be replaced with effective, affordable, and salmon-friendly alternatives.

Right now, the Obama administration has an opportunity achieve sustainability in the Northwest: abundant wild salmon, productive farms, and a healthy economy with new clean energy investments.  The best way to achieve a successful, practical, science-based, job-creating solution in the Columbia and Snake Rivers is through a multi-stakeholder collaboration with a look at all options, including alternatives to the four lower Snake River dams.

My job and thousands of others depend on your help.  Again, please take a moment, and click here, to send a message today.

Jeff Hickman is renowned fly fishing guide throughout the Columbia-Snake Basin and Alaska, has served as an advocate for the Sierra Sportsmen Network, and was a former Sierra Club Organizer.  He lives in Eagle Creek, Oregon.