Big Oil has a shameful history. That’s why in this series we are highlighting some of its most recent disastrous oil spills and raising awareness of the devastation that will occur if the industry is allowed to drill in the Arctic and off our coasts. Join us in the effort to protect our special places from drilling!

The oil freighter M.S. Oliva ran aground on Nightingale Island, part of the Tristan de Cunha Archipelago in the South Atlantic. This island is located 1,700 miles away from the coast of Africa, the nearest land mass and source of help. The ship was carrying 800 tons of heavy crude oil, which spilled into the ocean when the ship split in half. The entire island was surrounded by the massive oil slick, further endangering the already endangered northern rockhopper penguins. It took days for the first cleanup vessel to reach the islands. In an early estimate, 20,000 penguins were said to be coated in the thick oil. The islands are a rich source of life and are home to 200,000 penguins, including half of the world’s population of rockhopper penguins. These crested penguins face a rough road as their population has plunged in recent decades. 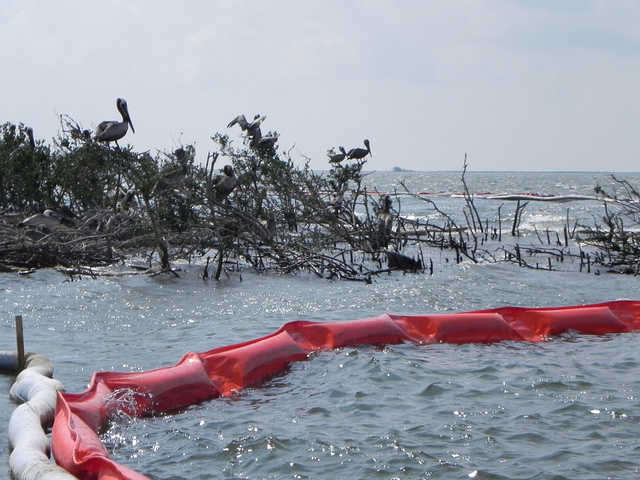 The extreme remoteness of the island chain posed a very serious challenge for response teams trying to get to the oil spill. There is no airport, and 1,700 miles is a long journey for cleanup crews to travel in a timely fashion. The long response time greatly decreased the chances of survival for the oil covered penguins. There was also the problem of where to put them once they were cleaned. They could not be transported anywhere because there was a high concern for transmitting diseases to which they had no resistance.  There were several other bird species in grave danger which live on Nightingale Island and neighboring islands. These include the Tristan Bunting, of which only 50 nesting pairs remain in the world, and all of them live exclusively in these islands. The Great Shearwaters, Spectacled petrels, and other native species which live only on these islands all remain threatened by the oil that surrounded the island.

Join us in telling President Obama to protect America’s Arctic from the dangers of drilling!