A Gorge Offers Hope As The Fiscal Cliff Looms

Growing up in northern New Mexico the public lands were my backyard. When I was young, my family took trips to the nearby town of Taos. I remember standing on the Rio Grande Gorge Bridge at age five, looking down steep black canyon walls to a green ribbon of river hundreds of feet below. I remember blue snow-capped mountains rising above, even taller than my beloved Sangre de Cristos near Santa Fe. The land became a part of my personal history, a part of me. Later I learned the name for this memorable place near Taos and its surrounding plains and peaks – Rio Grande del Norte.

Rio Grande del Norte, a 236,000 acre area south of the Colorado border, continues to be a special place to me and tens of thousands of locals and visitors. The region provides excellent fishing, hunting, and backcountry recreation, and the best whitewater rafting in the state. Locals in this predominantly Hispanic[i] area are working together to protect Rio Grande del Norte, and the Sierra Club is part of a coalition of partners urging President Obama for national monument designation. Designation would not only protect the land, it would provide protection to ancient archeological sites (such as petroglyphs dating back over 3,000 years) and honor traditional land uses such as the gathering of pinon nuts, while protecting a critical bird flyway and important wildlife habitat. 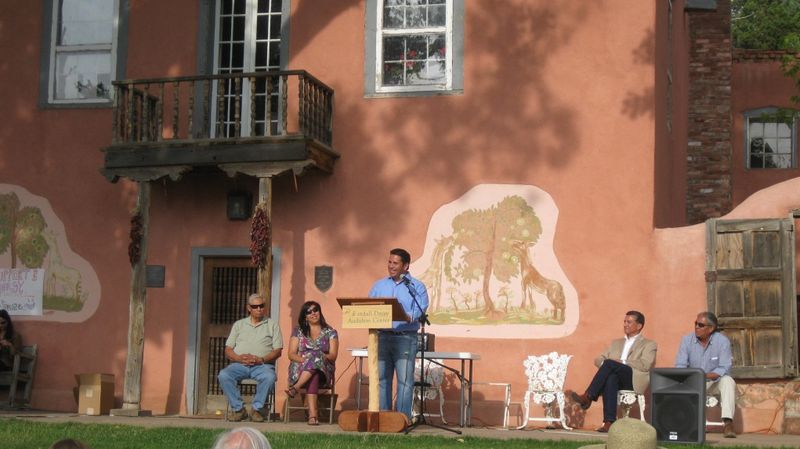 In addition to protecting one of the state’s most treasured landscapes, the prospect of a national monument designation also provides other opportunities during what have been tough times for this region. As the ‘fiscal cliff’ approaches, a Rio Grande del Norte National Monument represents a ray of economic hope in an otherwise bleak storyline; a recent study by the Denver-based BBC Research and Consulting found that national monument designation of this special place would bring in an estimated $15.7 million annually, and provide over 270 jobs. For a county with a 28%[ii] poverty rate, this is big economic news.

In times of uncertainty, this sounds like a win-win—protecting special places while ensuring local communities not just survive, but grow and thrive.

[i] 2011 census data shows that over 56% of the population in Taos County report they are of Hispanic or Latino origin, http://quickfacts.census.gov/qfd/states/35/35055.html