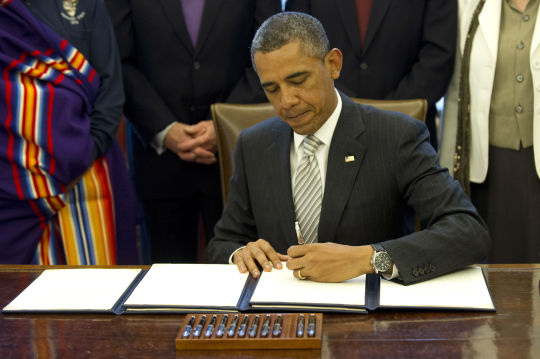 Today, President Barack Obama took a bold step in protecting five unique sites on our nation's public land, each one representing a piece of America's beauty and diversity.  Local treasures across the country –- from the First State National Monument honoring historical sites in Delaware, to the tucked-away San Juan Islands in Washington State, from Rio Grande del Norte in New Mexico, to the Charles Young Buffalo Soldiers National Monument in Ohio, and the Harriet Tubman Underground Railroad historical monument in Maryland, the president helped to ensure permanent protection of these American treasures.

President Obama used his power under the Antiquities Act of 1906 to honor these sites as national monuments. The designations will ensure that each site is protected and maintained as a natural and cultural landmark for public use and will never be destroyed by unnecessary development. The Sierra Club is thrilled by these designations and applauds the president and all of those who fought for the protection of these sights as we celebrate this special day.


As noted in the White House press release, "the designations were made with bi-partisan support from congressional, state and local officials, local businesses and other stakeholders and are expected to promote economic growth in the local communities through tourism and outdoor recreation." President Obama went on to say, "These sites honor the pioneering heroes, spectacular landscapes and rich history that have shaped our extraordinary country. By designating these national monuments today, we will ensure they will continue to inspire and be enjoyed by generations of Americans to come."

In poll after poll, Americans overwhelmingly support protecting our country's unique historical sites and outdoor heritage. They agree that we can protect land and water and have a strong economy with good jobs, without choosing one over the other. In fact, a report by Headwaters Economics studied 17 national monuments and found that, without exception, nearby counties experienced economic growth after the monument's creation. No doubt the sites that became national monuments today will generate enormous cultural, recreational, and economic benefits for the surrounding regions.

Rio Grande Del Norte is the largest of the sites the president designated today. It includes 240,000 acres of Northern New Mexico wilderness, and represents hundreds of years of Native American and Hispanic culture. It is also home to diverse wildlife such as elk, deer, bighorn sheep, and countless species of migratory birds. In addition, New Mexico's newest national monument is expected to generate $15 million in additional revenue to the region.

Residents and visitors to the area will be able to use the land the way they have for hundreds of years -- enjoying a wild place and honoring its heritage. After 15 years of advocacy, the local community is thrilled that the history and ecosystem of this spectacular gorge and region will be protected from potential development and that the new monument will certainly support an increase in local tourism and business. 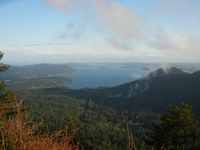 The San Juan Islands in Washington State are honored today as a Pacific Northwest treasure. This archipelago includes 172 reefs and 450 islands, rocks, and pinnacles filled with rare plants and wildlife. Bald eagles, 600-year-old trees, marine mammals, and seabird colonies make their homes in the San Juan Islands. The site will also bring similar economic prosperity to the region that Rio Grande del Norte will in the Southwest. In fact, dozens of local business owners reached out to President Obama last summer to voice their support for permanent protection of the region.

The final three sites designated as National Monuments today protect America’s cultural history, honoring one of the unique purposes of the Antiquities Act.

The First State National Monument in Delaware completes a long-standing gap in this state’s record on public lands, as Delaware was the first state to sign the Declaration of Independence but the last to receive a national monument. The First State National Monument has been applauded by Vice President Biden and represents Delaware's first national park. The area includes 1,100 acres of land that tells the history and heritage of Swedish, Dutch, and English early settlers.

Residents of nearby Wilmington and Philadelphia will have an easier time connecting with nature. This designation will make sure that everyone can enjoy Delaware's Heritage Trail for generations to come.

Finally, Charles Young Buffalo Soldiers National Monument in Xenia, Ohio, recognizes African-American military history. Charles Young was one of the first African Americans to graduate from West Point and the first to receive the rank of colonel. The title "Buffalo Soldier" refers to the name given to U.S. Colored Troops in the late 1860s.

Like the other four sites to become national monuments today, the Charles Young Buffalo Soldiers National Monument reflects our shared heritage and cultural diversity. Each of these places is intended to help people to learn, love, and protect our American legacy, now and for future generations.