Across America, oil spills have wrought havoc on our land, wildlife, and the health of our families and communities. March 24 and April 20 represent the anniversaries of the worst oil spills in U.S. history, the Exxon Valdez and the BP Deepwater Horizon spill, respectively. Together, these events dumped more than 5.65 million barrels of dirty oil in U.S. waters.

In light of this toxic anniversary, the Sierra Club presents a three-week look at oil companies' poisonous legacy across our nation. 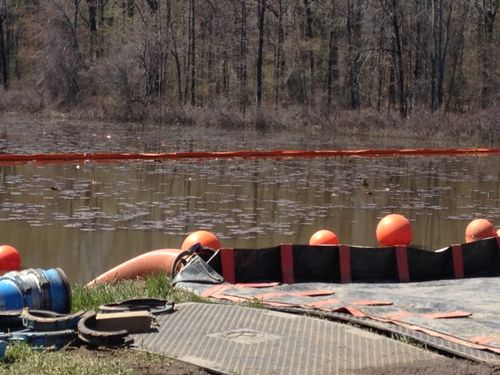 We continue our toxic legacy review with the Mayflower, Arkansas spill caused on March 29 by an Exxon pipeline leak. Nearly 12,000 barrels of oil and water have been recovered from backyards, streams, and a lake. Representative Ed Markey issued a press release calling the incident “a troubling reminder that oil companies still have not proven that they can safely transport Canadian tar sands oil across the United States without creating risks to our citizens and our environment.” The representative also brought attention to an alarming tax loophole: oil companies are exempt from contributing to an oil spill cleanup fund when importing tar sands oil -- the same oil that would be imported by the Keystone XL pipeline.