« Just Who Do These Extremists Want to Sell Our Parks To? | Main | It's not me, it's you: The states' confused love of federal lands. » 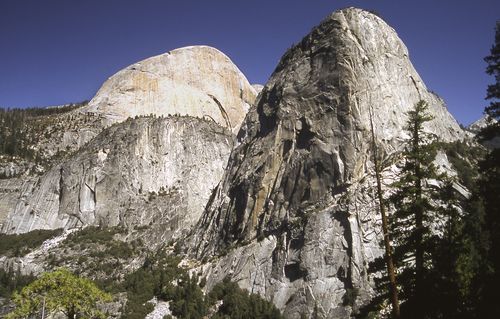 The first day of the government shutdown, October 1, 2013, was Yosemite National Park’s 123rd birthday.  No big wall attempts on The Road to the Nose, no views from Glacier Point, no slumber parties in the Ahwahnee Hotel. It’s possible though that you would have seen surveyors, park personnel, or US Forest Service staff that hadn’t yet gotten the furlough memo checking out the remains of the now infamous Yosemite Rim Fire.  The Rim Fire, which started in August, burned nearly 260,000 acres in this crown jewel of our National Parks system and the Stanislaus National Forest.  Hot spots for the fire persist, but with government workers furloughed, concerns remain about putting those out.

Of potentially greater concern is the urgency with which some lawmakers want to remove the estimated 1 billion board feet of salvage timber.  Salvage timber is just what its name suggests—timber that is reclaimed after a natural disaster, such as a flood or fire.  In the case of fire, the burned trees only hold their timber value for a few months—after which damage from insects, fungus, or other natural habitat circumstances devalue the potential product.  The urge to act fast from conservative lawmakers like Congressman McClintock, who represents California’s 4th District, is not necessarily in keeping with the best available science, the protection of the remaining or new wildlife habitat, or the preservation of nearby watersheds.  Salvage logging is never done to improve the health of a forest post-fire.  It is done to ensure economic rewards are gained from the affected forest.

Just days into the shutdown and Yosemite’s 124th year, Rep. McClintock’s bill, HR 3188, aimed at fast-tracking salvage logging in Yosemite National Park and the Stanislaus National Forest was heard in the Subcommittee on Public Lands and Environmental Regulation of the House Natural Resource Committee.  HR 3188, the “Yosemite Rim Fire Emergency Salvage Act” mandates damaging logging with no notice, public input, or environmental protections, and waives all administrative and judicial review.  This bill effectively suspends every federal law, including the National Forest Management Act, the Federal Land Policy and Management Act, the National Environmental Policy Act, and laws related to the management of timber within Yosemite National Park.  The Clean Water Act, the Endangered Species Act, and other critical federal laws are also waived under the broad brush of HR 3188.  In addition, the bill would allow logging in designated Wilderness areas, Inventoried Roadless Areas, Wild and Scenic River corridors, threatened and endangered species habitat, streams and riparian areas, or other ecologically sensitive areas.

While it is distressing to see lawmakers so blatantly suggest we sidestep federal laws, this bill and any attempt to fast track salvage of the Rim Fire, risks complete ignorance of the strong scientific research that indicates salvage logging further harms and impedes the natural recovery of post-fire landscapes and risks irreparable long-term damage to the ecosystem[1]. 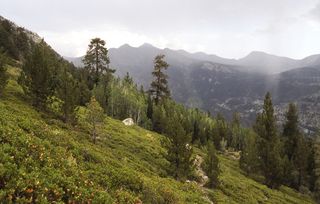 Numerous scientific publications suggest that the ecology of a post-fire landscape can be important to rejuvenating habitat and promoting resilience to climate change[2].  Instead, the impacts of salvage logging include delayed tree regeneration[3], intense disturbance to the soils, an increase in surface run-off, reduced habitat for post-fire dependent wildlife, and more[4].  The USDA Forest Service’s own research confirms these impacts. A 2009 report found that post-fire logging typically: creates activity fuels, which can actually increase subsequent fire hazard;  it negatively impacts most species such as small mammals, amphibians, and birds (notably, there are over 3,000 acres of Spotted Owl habitat within the Rim Fire burn area); exacerbates erosion from building logging roads, especially right after wildfire occurs; and has significant negative impacts on riparian ecosystems due to increased erosion[5].  The impacts of salvage logging to carbon sequestration may also be significant; with tree regrowth delayed due to salvage activities, the landscape may lose its capacity to act as a carbon sink, and instead act as a source, worsening the impacts of climate change[6].

The added damage caused by post-fire salvage logging also risks significant harm to aquatic systems, potentially compromising benefits to human communities that may depend on these related water resources[7]. Given that the Yosemite Rim fire raged just miles from the reservoir which supplies 80 percent of the drinking water to San Francisco, further destruction to this region from salvage logging would risk increased damage to the watershed.

The evidence in opposition to an expedited and therefore short-sighted salvage logging plan is abundant, but local and national voices will beg for sales, some version of fiscal hope in the embers.  In addition to the ecological doubt, there are questions about currently low timber prices and whether there is the infrastructure or mill capacity to take on such quantities of potential board feet should salvage occur.  As lawmakers and staff from both parties (there are plans to consider an “alternative” bill to Rep. McClintock’s) consider how to “deal” with the Stanislaus’ post-fire landscape, we hope they will consider all the factors, not just the anticipated price tag of timber from a past era.  After all, in addition to the landscape, the market has changed, the ecology of the forest has changed, and new life has already started to reappear in the wake of one of the region’s largest fires in history.