« After a Spill: Oily Decades lie ahead for damaged coasts | Main | Celebrating the Outdoors »

After a Spill: Coastal Damages

This is part two of a five part series on the dirty legacy of offshore drilling. Read part one here. 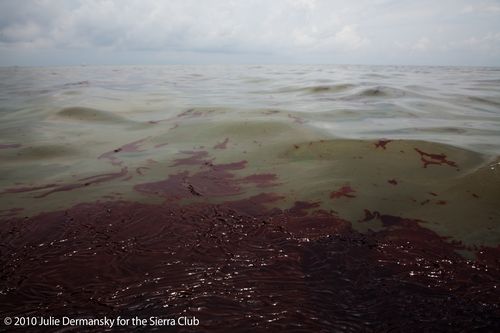 The damages from the Exxon Valdez and Deepwater Horizon oil disasters are extensive and long-lasting. The Deepwater Horizon spill completely devastated the coastal wetlands and marshes of the Gulf of Mexico. The National Wildlife Federation finds that 1,100 miles of shoreline experienced some level of oiling following the blowout, and that oiling persisted along some 200 miles. Between June of 2011 and September of 2013, the Louisiana Coastal Protection and Restoration Authority records indicate that workers removed 12.1 million pounds of oil substances from the state—still nowhere near as much as was spilled. Between the months of March and August, more material was collected and removed in 2013 than in 2012. Not to mention the Florida Department of Environmental Protection (FDEP) on February 27, 2014 removed over 1,253 pounds of a submerged oil mat, despite that very area being surveyed 9 times since the Deepwater Horizon spill. Our beaches are not getting better.

The fact that new submerged oil mats are still being located confirms that the spill clean-up is far from over. A recent study suggests that significant amounts of oil may be inert on the floor of the Gulf, with the potential to remobilize in the event of severe weather to the further detriment of shore ecosystems. Excess oil in the Gulf not only harms local organisms, but also contributes to the already serious issue of land erosion.

Shoreline erosion, already an urgent concern in the marshes of Louisiana, is accelerated by the presence of crude oil. Washed ashore, it damages or kills the mangroves and marsh grasses that hold the dry land together. In the past 80 years, the Mississippi River Delta has ceded 1,900 square miles of wetlands to open water. In addition to direct contamination, construction of levees and channelization of the Mississippi River have altered the natural silting processes that generate marshland. Further development of canals and channels for energy infrastructure in the Gulf exacerbates the problem. By 2060, the State of Louisiana predicts another 1750 square mile loss of marshland—irreparable and costly damage. To combat this enormous problem the Southeast Louisiana Flood Protection Authority East (SLFPA-E) filed a landmark lawsuit last July against approximately 100 oil and gas companies to hold them accountable for damages caused by industry wells, pipelines and canals. For decades oil and gas companies have profited from local resources while destroying the very ecosystems people rely on. These damaged barrier islands and coastal marshes are critical in climate mitigation; they reduce storm surge and flooding impacts, as well as provide habitat for a vast array of local flora and fauna.

Whether it is in Alaska or the Gulf, oil and gas companies are destroying coastal ecosystems even before a spill occurs. But, when a spill does occur, the damage is widespread and persistent. Four years later the Gulf of Mexico is not cleaned up, and the next big storm could re-oil the precious coasts and beaches so many people rely upon for their livelihoods.